Mass for You at Home (Mass online)

A growing number of Brazilians have been gathering to celebrate Mass in Portuguese language on the first Sunday of every month at St Patrick’s Church in Fortitude Valley.  Other Portuguese-language speakers such as those from Mozambique, Angola, Timor and Portugal have also started joining in.

For many years, Fr Paul Mahony SM from Sydney has celebrated the monthly Mass in Portuguese language.  In 2019, Fr Paul finished his term.  Fr Clesio Mendes, in the meantime, celebrates Mass for the community.  Further queries, please contact CMPC on 3324 3451.

The Brazilian Community in Queensland Mission

It all started in 2006.  I was Hospital and Prison Chaplain in Brisbane when I received a call from Biloela asking me if I could celebrate Mass there.  The Rockhampton Brazilian Community (120km from Biloela) was also mentioned in this conversation.  I don’t remember the exact date but I started visiting these two communities after that conversation including another one in Beenleigh (south of Brisbane).  They all worked at Thys Brothers Meat Works.  I went there every two months.

On the 17th of November 2006, during the first weeding at St Mary’s (north of Rockhampton), a manager from Beenleigh (an Australian married to a Brazilian) approached and made arrangmeents with the Directors of Thys Brothers to cover the costs of my expenses (flights and car rentals) which enabled me to continue celebrating Masses for these three Brazilian Communities in Biloela, Rockhampton and Beenleigh in 2007.

In 2008 and 2009, I was transferred to Walgett in northern New South Wales (700km from Brisbane) but continued celebrating Mass for these communities every two months.  In 2010, I was transferred to Gladstone.  I gradually reduced my work in Biloela and eventually finished my ministry there but I continued to celebrate Mass every month in Rockhampton and Brisbane.

I spoke to Fr Ken Howell, the administrator of the Cathedral of St Stephen (now Bishop) about the community’s situation and he offered us to hold our Masses at St Mary’s, South Brisbane.  This church did not fit our needs at the time as we needed a place to hold our get together after Mass.  In addition, this parish had a Mass right before the Brazilian Mass which made preparations difficult.  The new Cathedral administrator, Fr David Pascoe, offered us St. Patrick’s Church in Fortitude Valley.  This is where our community started to grow.

I continue my work with these communities for four years until 2014 when I was transferred once more, to Sydney.  So then, I continued going to Rockhampton and Brisbane every month (except January).  In 2016, I reduced my Rockhampton visits to every two months and eventually finished my ministry there in December 2018.

In 2015, a Brazilian couple saw an opportunity to formally establish the Brazilian Catholic Community in Brisbane.  They started to promote activities widely (eg. Mass and Prayer Group) and, over time, the Community engaged in more activities that addressed the needs of Brazilian immigrants in Brisbane.

Prayer Group – every second Saturday of the month.  The gathering consists of prayer, reflection and exchange of thoughts on chosen themes (biblical passage, examples of saints, or a personal testimony).

Women’s Group and Men’s Rosary Prayer Group – on the fourth Saturday of the month; sharing and discussion about women in the bible, their examples of faith/journey

MULTICULTURAL MASS – the Brazilian Community has been actively involved and participated since 2015 in the celebration of the annual archdiocesan Multicultural Mass at the Cathedral of St Stephen. 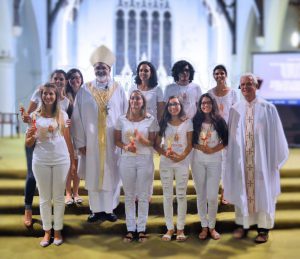 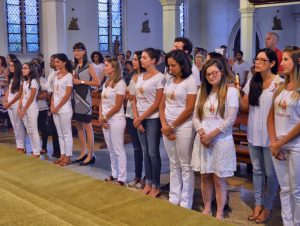 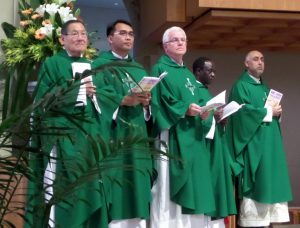 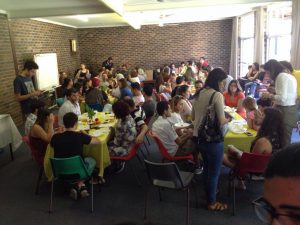 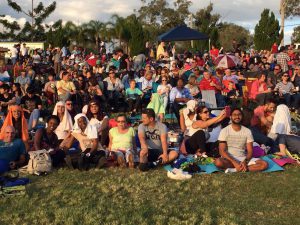